The Salvation Army began in 1865 when William Booth, a London minister, abandoned the conventional concept of a church and a pulpit, instead of taking his message to the people where it would reach the poor, the homeless, the hungry and the destitute.

William Booth held a series of evangelistic meetings in the East End of London. He set up a tent in a Quaker graveyard, and his services became an instant success. His renown as a religious leader spread throughout London, and he attracted followers who were dedicated to fighting for the souls of men and women. 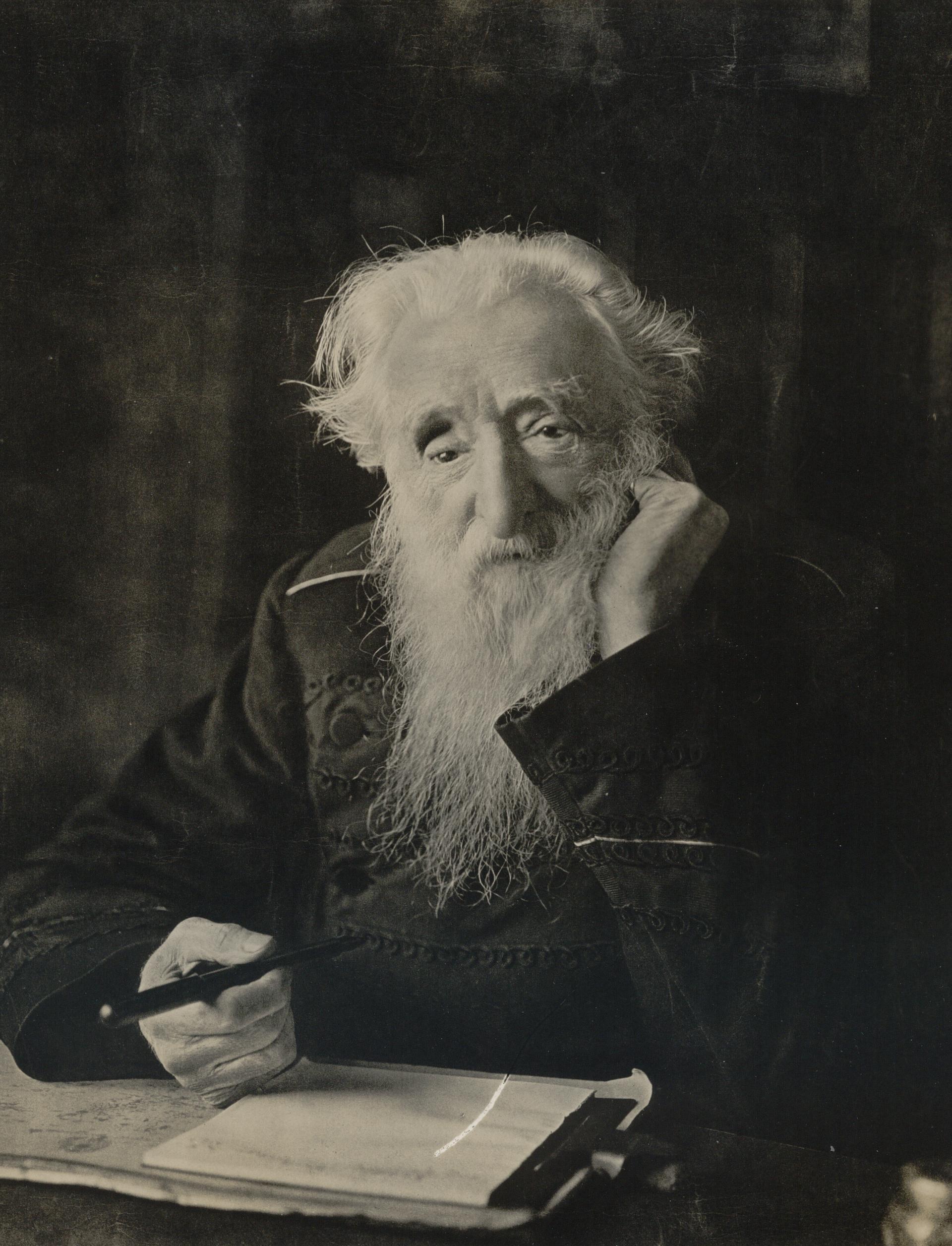 Thieves, prostitutes and, gamblers were among Booth's first converts to Christianity. To congregations who were desperately poor, he preached hope and salvation. His aim was to lead people to Christ and link them to a church for further spiritual guidance but soon realized that the poor were not welcome in the pews of most churches and chapels of Victorian England. Regular churchgoers were appalled when these shabbily dressed, unwashed people came to join them in worship.

Booth decided to found a church especially for them - the East London Christian Mission. The mission grew slowly, so William and his wife Catherine expanded their services within the community. They advocated that their mission should be "Soup, Soap, and Salvation," then took their mission directly to the streets, helping to feed the hungry, rehabilitate alcoholics and fight teenage prostitution - all while offering spiritual guidance.

From that point, William Booth became the General and converts became soldiers of Christ and were known then, as now, as Salvationists. They preached throughout the British Isles, in some cases facing real battles as organized gangs mocked and attacked them. In spite of violence and persecution, some 250,000 people were converted under the ministry of The Salvation Army between 1881 and 1885.

The Salvation Army movement expanded rapidly to the United States, Canada, Australia, France, Switzerland, India, South Africa, Iceland, and local neighborhood units. Today, The Salvation Army is active in virtually every corner of the world and has evolved over the decades into a social service provider with an unmatched scope and breadth with a mission to meet human needs without discrimination.

For more than 130 years, The Salvation Army has been feeding the hungry, housing the homeless, and changing the lives of countless men, women, and children in Southern California. The Salvation Army's presence in Southern California dates back to 1887 when an open-air street meeting was held on the corner of Temple and Broadway in downtown Los Angeles. To this day, a plaque remains in the sidewalk to commemorate the event.

Prior to this meeting, a church, or Corps as it is known in The Salvation Army, had been established in the Skid Row area of Los Angeles Street. In 1892, the Corps moved to First Street where 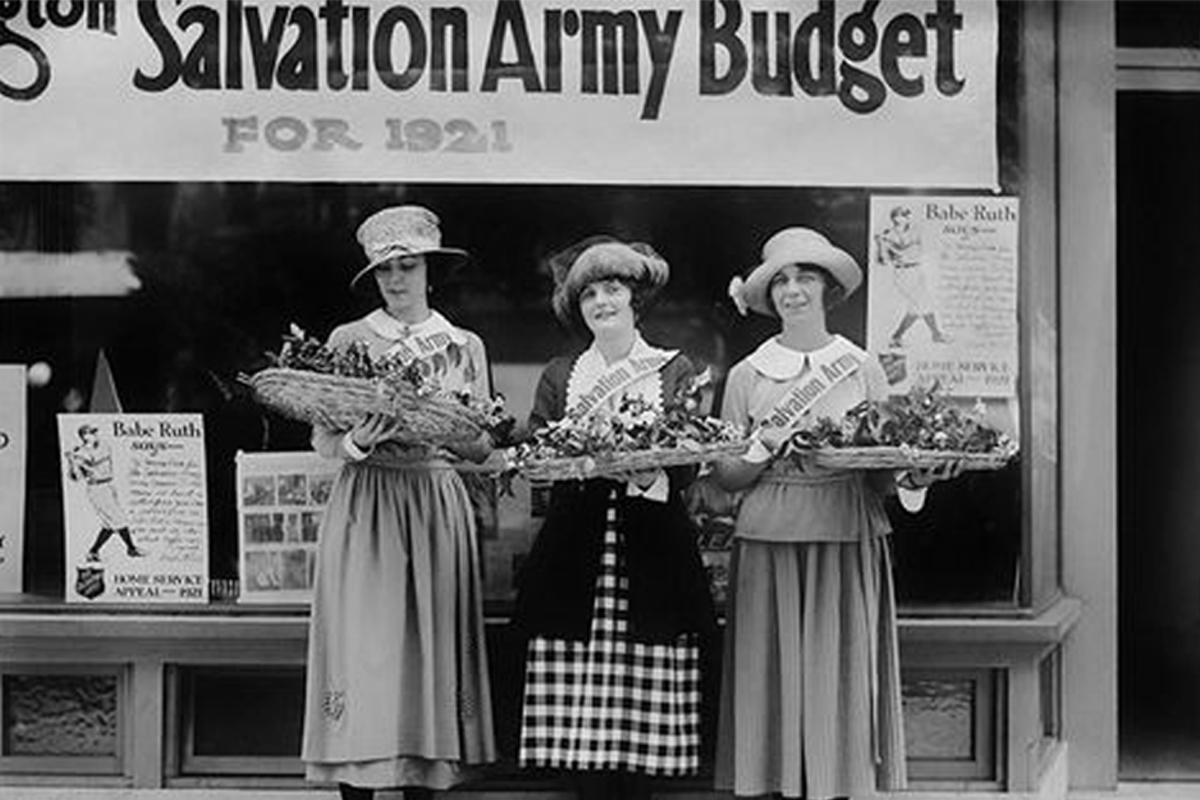 The Salvation Army occupied almost the entire block with a hotel for transient men and a men's industrial complex, the forerunner of today's Adult Rehabilitation Centers. In 1899, The Salvation Army opened a rescue home for young, expectant mothers in Los Angeles known as Booth Memorial Center.

The Army's work expanded quickly in Los Angeles with the opening of other Corps and facilities for social welfare programs. One example is The Salvation Army Los Angeles Day Care Center, which opened in 1920 for mothers working to assist the war effort. Even today, L.A. Day Care serves approximately 250 children of parents employed in the downtown Los Angeles garment and produce districts. Other programs in the city assist families living with HIV/AIDS, men and women working to overcome addictions, disabled veterans, evacuees from disasters, senior citizens trying to live on a fixed income, and children who need a safe place to go after school.

Another notable date in the history of the Southern California Division is January 1, 1920, when the Los Angeles Band marched in the Tournament of Roses parade for the very first time. This tradition commenced due to the efforts of Mr. Harry Chandler, the publisher of the Los Angeles Times, and member of The Salvation Army's Advisory Board.

The Southern California Division continues to celebrate its long and fruitful presence all over the Southland, by serving those most in need, and by hosting special events that share The Salvation Army’s rich history with the local community.