Hero of The Game

It was a celebration of stadium size proportions when the L.A. Galaxy soccer team played the Colorado Rapids at the Dignity Health Sports park. The Salvation Army’s Southern California Divisional Commander, Lt. Col. John Chamness, was the San Manuel Casino’s Hero of the Game. There were perks for Col. Chamness and his wife Lani, from the team. The pre-game spotlight announcement focused on all of the things the Army has done in the community during the pandemic under Colonel Chamness’ leadership. It is an effort we continue.

The Salvation Army has provided 12 million meals since the beginning of the COVID-19 pandemic, opened 14 new shelters in Southern California in the past 18 months, and currently provides 1,700 beds per night. When many organizations struggled because of the pandemic, The Salvation Army ramped up in a big way to ensure that our most vulnerable populations had food on their tables and a warm bed to sleep in.

Col. Chamness was nominated by Francisco Medina from the Red Shield Center. “The Colonel’s hands-on leadership is inspiring. The employees of The Salvation Army stayed out in the community when everything else was shut down and continued doing our work. We fed and housed thousands of our neighbors who had no other resources,” said Medina.

The L.A. Galaxy donates hundreds of tickets to families who depend on the Red Shield Center in the Pico Union district for resources. The Red Shied Center serves 4,000 children a year with after school programs, food distribution and sports programs including a soccer field.

To donate and help us continue our work in Southern California go to: www.calsouth.salvationarmy.org 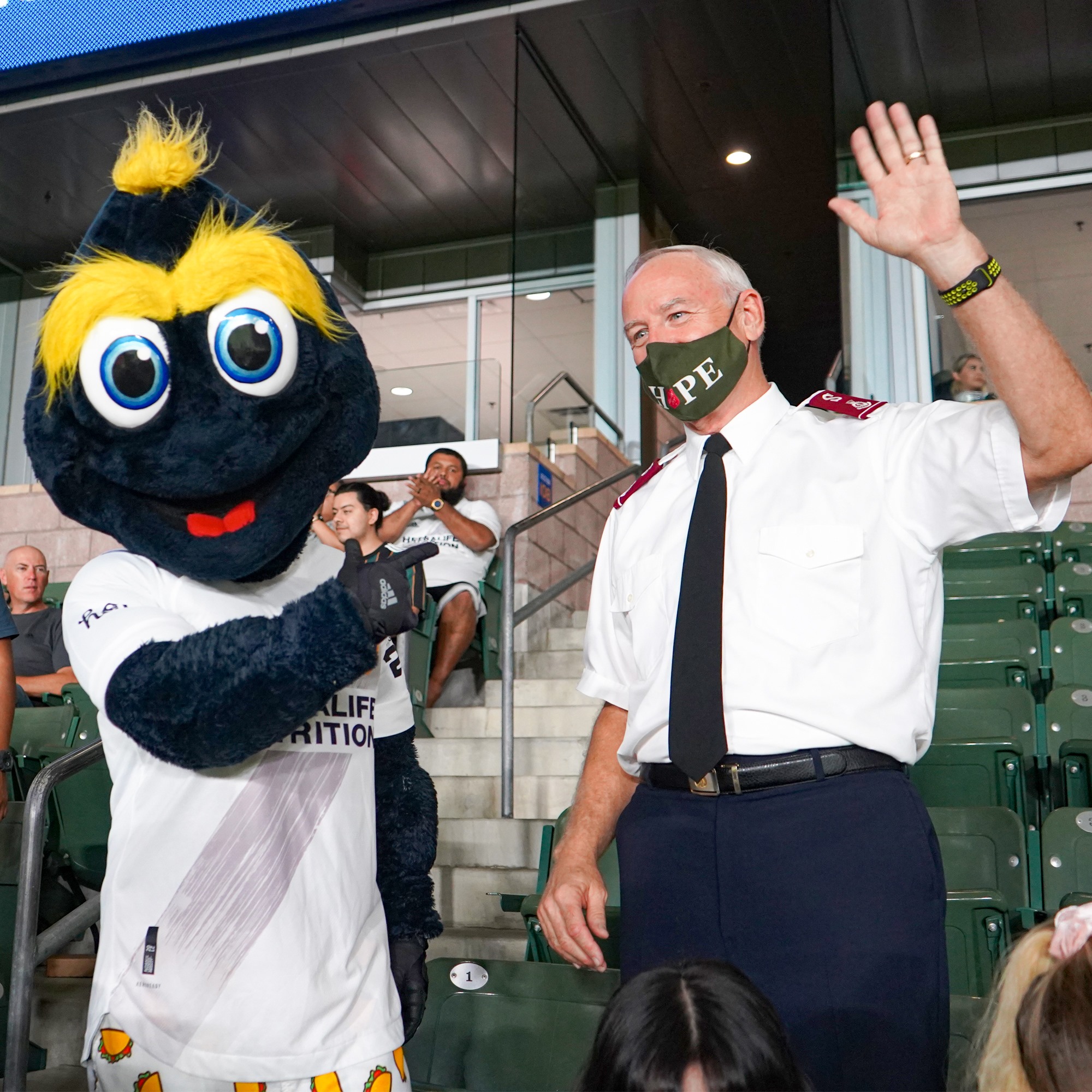 About The Salvation Army: The Salvation Army, an evangelical part of the universal Christian church established in 1865, has been supporting those in need in His name without discrimination for 127 years in the United States. More than 30 million Americans receive assistance from The Salvation Army each year through the broadest array of social services that range from providing food for the hungry, relief for disaster victims, assistance for the disabled, outreach to the elderly and ill, clothing, and shelter to the homeless and opportunities for underprivileged children. About 82 cents of every dollar raised is used to support those services in 7,000 communities nationwide. For more information, go to www.calsouth.salvationarmy.org